'The Aegean Connection: Trade and Tribute.'

Our Chairperson, Hilary Wilson will give today's virtual talk.

The Egyptians were famously introspective and suspicious of foreigners but evidence of contact between Egypt and the Aegean world shows that a certain amount of interaction, at least in the context of trade, was necessary to the economies of all parties. Images and mention of Keftiu or Cretan produce begin to appear in tomb paintings and tribute lists from the mid-18th Dynasty. The works of Classical writers such as Homer retain hints of diplomatic and trade exchanges with Mycenae. Shipwrecks discovered within the last century have confirmed the significance of Egyptian produce in economic transactions in the Bronze Age eastern Mediterranean. In this talk Hilary explores these connections hoping to revise the popular opinion of the Egyptians as protectionist xenophobes.

Hilary was for some years an Associate Lecturer in Maths and Archaeology with the Open University. Since the 1990s she has taught Egyptology courses for the University of Southampton Continuing Education Department, the WEA and other adult learning groups as well as introducing Ancient Egypt to primary school pupils in the guise of Setkemet, 'The Egyptian Lady'. She has written several books on Ancient Egypt and is a staff contributor to Ancient Egypt Magazine. Recently retired (almost) from teaching Mathematics, she devotes her leisure time to writing Egyptian-themed fiction. 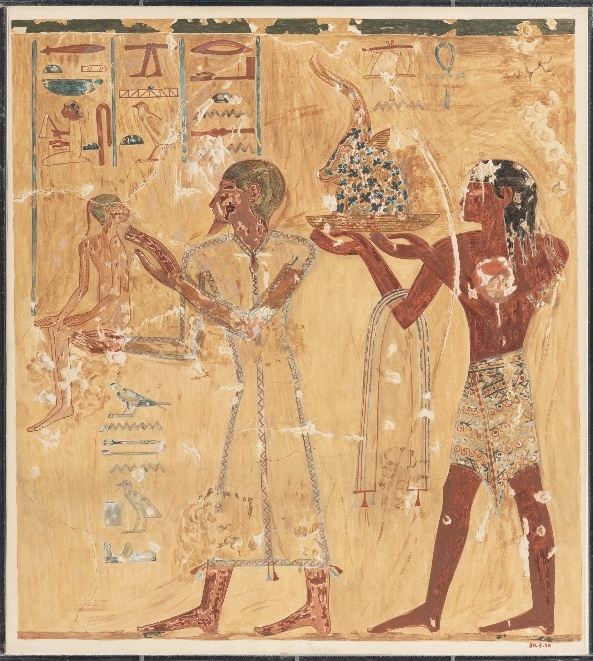 Annual General Meeting - for members. No charge for this meeting.

'The Aegean Connection 2: Egypt and the Sea Peoples.'

Our Chairperson, Hilary Wilson will give today's virtual talk.

Following on from her investigation of Egyptian trade in the Eastern Mediterranean, Hilary will explore the political and military connections between Egypt and the Aegean groups known collectively as the Sea Peoples. This will include a review of the various theories as to the origins of these sea-faring warriors and the reasons behind their migration into Egypt’s sphere of influence. Their alliances with each other and with Libyan groups led to significant military actions, especially in the reigns of Merenptah and Ramesses III. The outcomes of these conflicts will be discussed to evaluate the contribution of the Sea Peoples to the decline of Egypt’s New Kingdom and the Late Bronze Age Collapse, which saw the demise of some long-established cultures in the region, such as the Hittites, and the appearance of new powers like the Philistines and Phoenicians. 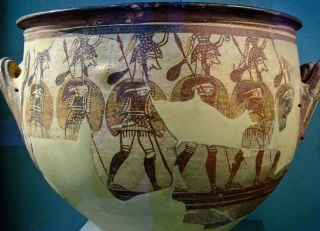 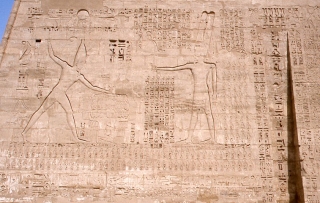